Rustavi is the fourth largest city in Georgia and one of the most important industrial centers. In this city, with partnership of Rustavi City Hall, Rustavi Innovations Hub and its partners, and support of UNDP Georgia, in 2019, was established and launched a closed plastic waste recycling pilot cycle involving municipal kindergartens and public schools. 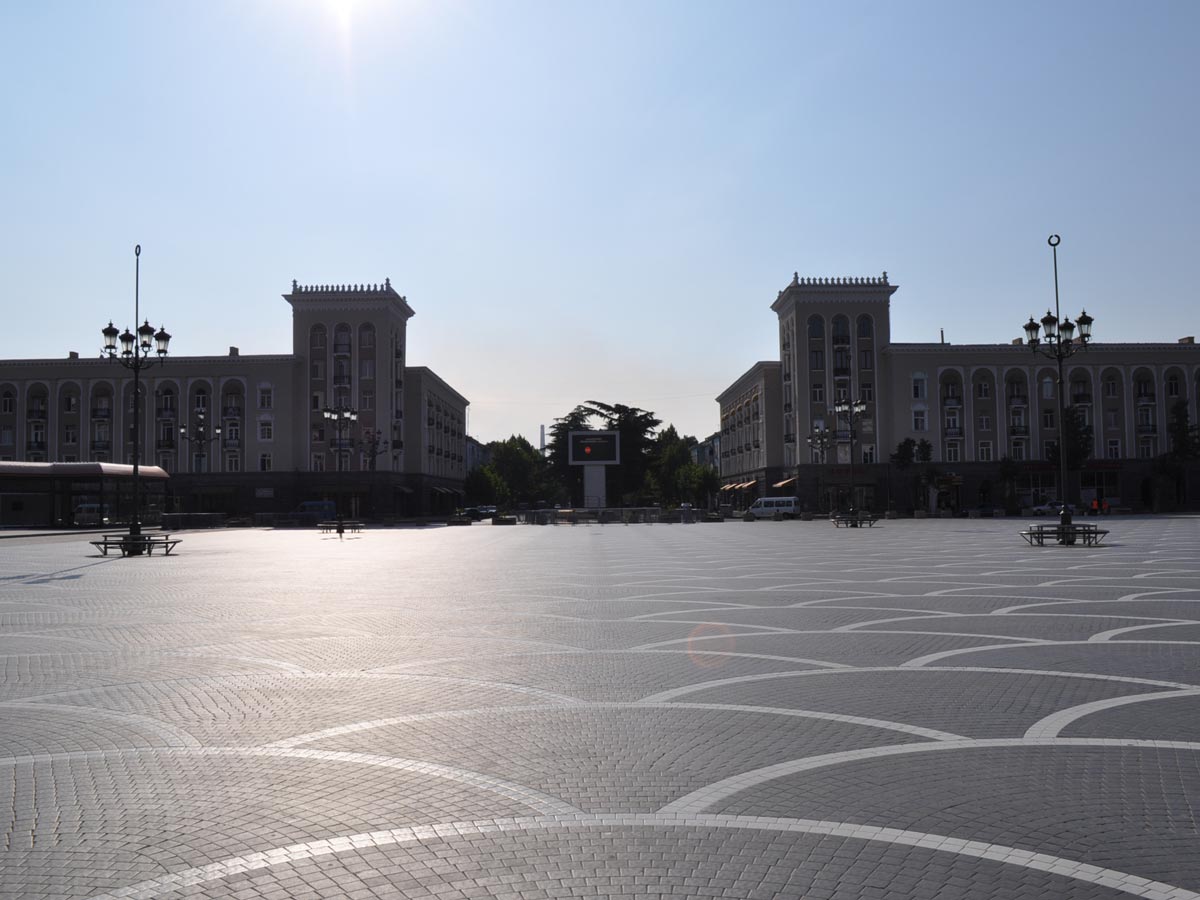 Plastic waste management is a serious challenge for Georgia. According to the agreement with the European Union, the country should gradually establish a waste management and recycling system, which provides separation, sorting and recycling. Various policy documents and action plans are being developed in this direction, both at the central and local levels. However, no one has approached this issue in a complex way yet. Consequently, different municipalities of the country, are partially separating during waste collection, however, due to the fact that there is no possibility of further separation and disposal of the separated waste, all these wastes are finally reunited and the whole process becomes meaningless. The Rustavi self-government tried to introduce a demonstration process of separation in the city with the help of partners, but this process didn't succeed.

The pilot project aimed to raise the awareness of the city population in terms of waste management, identify the actors needed to successfully implement the process and build a value chain with their involvement, and develop a complete process design through an intersectoral cooperation. It was also important to determine the economic viability of the process and its subsequent commercialization and outsourcing. It was important to correctly define the target group of the pilot cycle, which would maximize its effectiveness. That is why choices were made for public schools and municipal kindergartens. 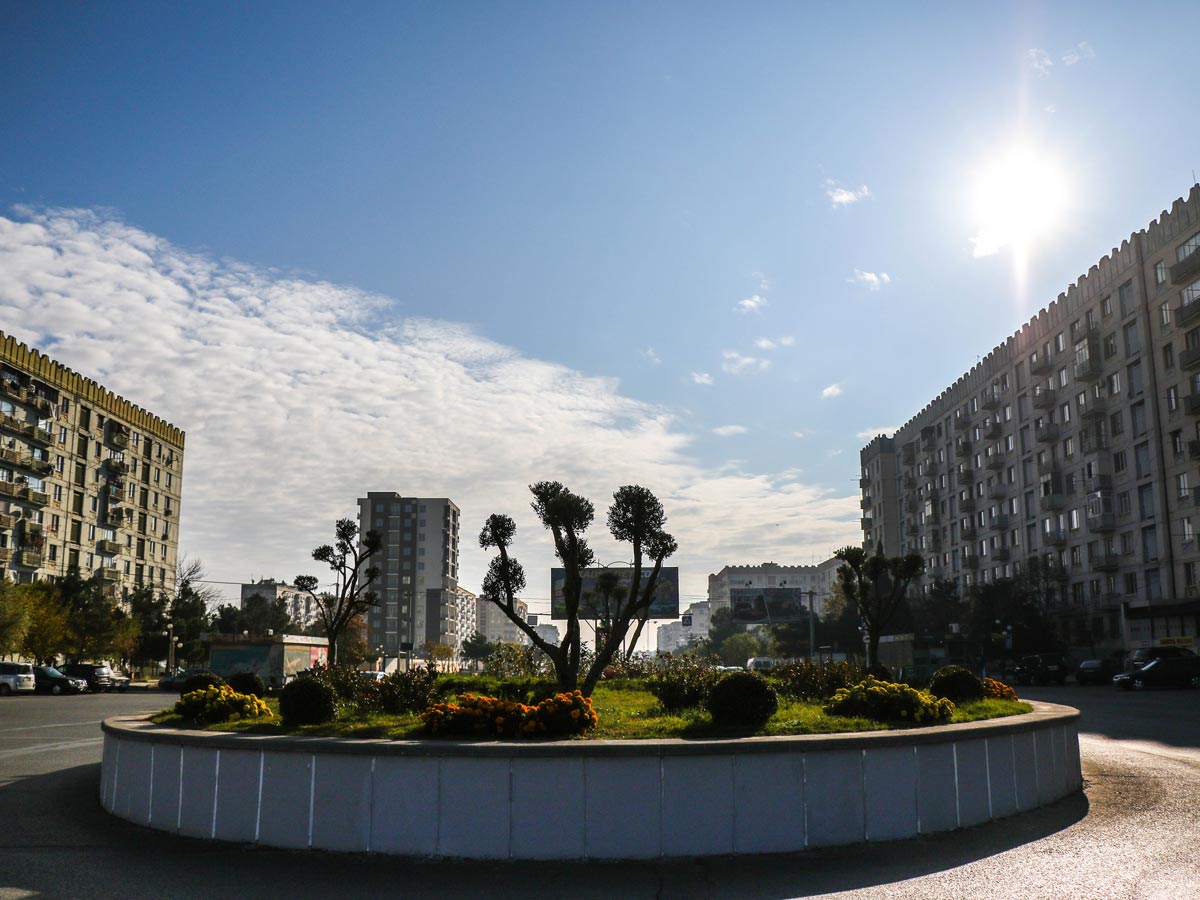 In March 2019, with the support of UNDP Georgia, representatives of the Behavioral Insights Team (BIT) held a working visit to Rustavi, who carried out a preliminary research activity and prepared the necessary recommendations for the successful implementation of the process.

In July 2019, an inter-sectoral design workshop was held in Rustavi with the participation of representatives of the local self-government, civil society, business, educational and media sectors. The meeting was facilitated by UNDP Georgia and Rustavi Innovation Hub. At the meeting, the work cycle activities were finalized and a schedule was written.

Plastic waste collection containers were placed in 46 schools and kindergartens in Rustavi.

A memorandum of cooperation was signed between the Rustavi Municipality and the company "Sanitar", which took social responsibility and implemented the collection of collected waste for 3 months free for.

The company "Clean World" was involved in the process, where the collected waste is sorted and washed, and the company "Caucaspack" where the production of secondary products is made from this waste.

The process started in October 2019.

Due to the Covid 19 pandemic, the active part of the project lasted for only about for 5 months. Subsequently, the educational process in schools and kindergartens was interrupted, and has not started yet. .

During this period, more than 1 300 kg. of plastic waste was collected and recycled to prevent its emission into the environment.

The process gradually became popular with both school and kindergarten students, as well as their parents and people living in nearby buildings.

In cooperation with UNDP, the creation of an artificial intelligence-based waste accounting system has begun, which will be completed after the resumption of school process and collection of plastics.

A precedent was set in Rustavi when different companies with no business relationship joined each other in a single value chain.

The city of Rustavi is positioned as the only municipality in Georgia where a closed cycle model of the economy has been created, tested and successfully implemented.

The work done has shown that with proper planning and effective management of inter-sectoral cooperation, it is possible to create and launch successful initiatives at no particular cost.

Active work to raise awareness is important. There have been several cases where other types of waste have been dumped in a plastic container and additional work has been required to eliminate this.

At this stage, without the support and subsidies of the municipality, it will be difficult for a similar project to work independently. Consequently, additional work is needed to create an economically viable cycle.